Before I move forward to explain the challenges of the blockchain let me just give you a quick idea about what Blockchain is and what  the fuss is about it? I wont go in detail. 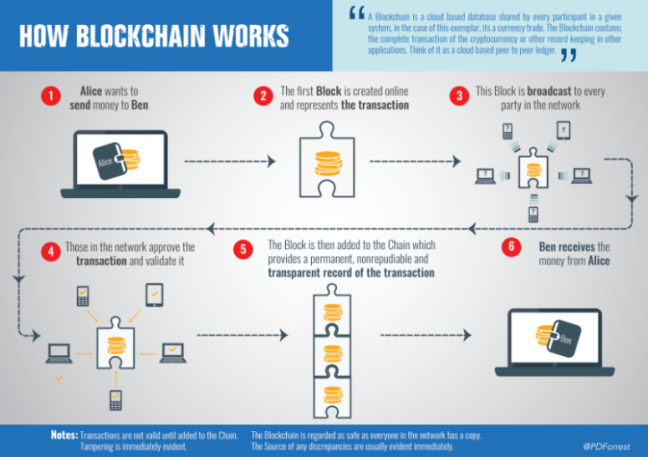 Imagine a digital medical record: each entry is a block. It has a timestamp, the date and time when the record was created. And by design, that entry cannot be changed retroactively, because we want the record of diagnosis, treatment, etc. to be clear and unmodified. Only the doctor, who has one private key, and the patient, who has the other, can access the information, and then information is only shared when one of those users shares his or her private key with a third party — say, a hospital or specialist. This describes a blockchain for that medical database.

Bitcoin is a digital currency implementation of Blockchains. So I will be using the words bitcoins and blockchains interchangeably as per the usage.

I still remember Tata saying what inspired him to think about a car suitable for India. He said when he was passing on a road,  he saw a family of 3 or 4 riding a bike and the same inspired him to …

I still remember Tata saying what inspired him to think about a car suitable for India. He said when he was passing on a road,  he saw a family of 3 or 4 riding a bike and the same inspired him to conceptualize a car which will give comfort to families risking their lives on bikes to switch to the safety of a 4 wheeler. When Tata launched Nano,  it was not just a business opportunity, but also a tool to improve quality of lives of millions of Indian who were facing the dangers of fast paced roads and everyday were being exposed to accidents due to non-affordable four wheelers. When media wrote about Nano being cheap, Tata allowed the frenzy as it allowed free promotion. When media started comparing Nano to other cars to show how economical, Tata allowed the frenzy. So the question is what went wrong?

In case of Tata Nano, Tata group emphasized more on the core benefit of the product which is to provide a safe and secure mode of transportation at low affordable prices but it could not reach up to the expectations of customers and failed to be an augmented or potential products.

The failure of Tata Nano present with a great lesson for all the marketers the car was positioned as a symbol of social liberty and equality. It was positioned as dream car of common man of India. It was targeting the laymen who want to have a car and it got successful to some extent but only till a functional level. The Nano made sense in terms of a social mission, on a purely functional level. Good quality engineering focused on the task of making something reliable and safe as cheap as possible. Sell it to people with not much money. But it has been criticized all around as the one to the greatest positioning blunder as even the most cost effective producers do not label their products as cheap. Here the cheap has a great social connotation and the social tag because nobody aspires to buy the cheapest thing on the market, and driving around in a car is as big a statement as you get to make. Human psychology is that the motivation behind buying isn’t to have a car, or a shampoo, or whatever the product is. If a product is positioned as poor‘s product then poor people will definitely avoid it because they don‘t want to be viewed as poor yet. The marketer just need to place their product right in the minds of customer and the brands like Giorgio Armani, Raymond‘s, Toyota and even other brands of Tata are examples of that. So positioning remains the main mantra behind the success of any product.

Big data is a source of new economic value and innovation. Big data’s ascendancy represents shifts in the way we analyze information that transform how we understand and organize society. Now with so much data already generated, big decisions in many firms are taken after analyzing the past trend.

We have several areas where big data has improved the overall performance. Some of them are-

US retailer Target was able to identify that one of their customers was expecting a baby by just studying her shopping pattern. Target identified 25 products that when purchased together indicate a women is likely pregnant. The value of this information was that Target could send coupons to the pregnant woman at an expensive and habit-forming period of her life.

4. Improving Sports Performance Adidas has a system called miCoach that works by having players attach a wearable device to their jerseys. Data from the device shows the coach who the top performers are and who needs rest. It also provides real-time stats on each player, such as speed, heart rate and acceleration.That kind of real-time data could help trainers and physicians plan for better training and conditioning.

5. Optimizing Machine and Device Performance Google’s fleet of robotic Toyota Priuses has now logged more than 190,000 miles (about 300,000 kilometers), driving in city traffic, busy highways, and mountainous roads with only occasional human intervention. The project is still far from becoming commercially viable, but Google has set up a demonstration system on its campus, using driverless golf carts, which points to how the technology could change transportation even in the near future.

6. Improving and Optimizing Cities and Countries Big data is used to improve many aspects of our cities and countries. For example, it allows cities to optimize traffic flows based on real time traffic information as well as social media and weather data. A number of cities are currently piloting big data analytics with the aim of turning themselves into Smart Cities, where the transport infrastructure and utility processes are all joined up. Where a bus would wait for a delayed train and where traffic signals predict traffic volumes and operate to minimize jams.

7. Improving Security and Law Enforcement. Big data is applied heavily in improving security and enabling law enforcement. The National Security Agency (NSA) in the U.S. uses big data analytics to foil terrorist plots (and maybe spy on us). Others use big data techniques to detect and prevent cyber attacks. Police forces use big data tools to catch criminals and even predict criminal activity(eg. movie ‘Minority report’ ) and credit card companies use big data use it to detect fraudulent transactions.